GoodMenProject – SQUARE WATERMELONS AND SELF ESTEEM

GoodMenProject – SQUARE WATERMELONS AND SELF ESTEEM 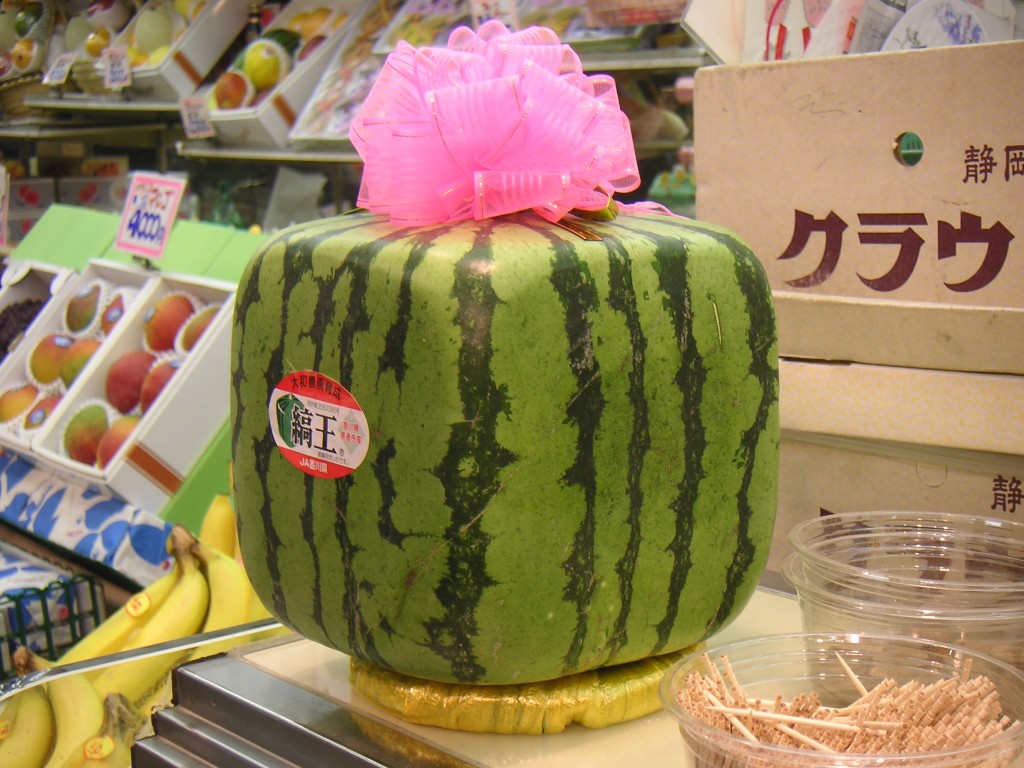 A square watermelon for sale in Japan.

This is a piece I wrote for my column on GoodMenProject.com. The column is called The Empowered Man and this piece comes from a speech I gave in December of 2016, in Ajijic Mexico for the Open Circle Society, a group of 300+ individuals who come together for spirituality and motivation.

I am a baby. Which is to say that I am the youngest born in the family, which means that no matter how old I am, even at 50, I’m still the baby brother. As a child there were many tall tales told to me, so I developed a nose for things that could be true, and things that were just made up. Babe the Blue Ox – tall tale. Aardvarks in California – tall tale. Square produce – true.

One older brother loved to play jokes on me. He would tell me about seeing aardvarks (an animal native to Africa and not found in California outside of zoos) in our hometown.  It was a harmless joke that to this day still brings a smile to my face when we spot one at dinner.

My other brother was a wrestler in high school so I thought I’d try that, and I liked it. I enjoyed the camaraderie, the team spirit. There was just one problem. I was a terrible wrestler. More like a flopper. I could not win. Just didn’t have it in me. It’s fair to say I was in the top of the bottom 1 %.  But I stuck with it all through high school and got my varsity letter senior year.

Not being a very good wrestler, there were to be no sports scholarships in my college plans. So when I applied to schools it was a small liberal arts school that appealed to my more sophisticated tastes – drinking and smoking like a self styled french poet.

College applications require a letter of recommendation from a teacher – so I reached out to my wrestling coach.

His words would echo through my life and prove invaluable to me later, he wrote, “David is not my best wrestler, but he is the one who I respect the most for his perseverance.” That letter, those words have echoed through time in my life and have kept me going through the darkest of days. When he wrote that I had his respect for my perseverance,  it was as if those words were etched into my soul in a way that nothing on this planet could erase.

A decade later I had graduated college, moved to Los Angeles to figure out what I want to do with my life and finally decide that being a lawyer is it. I work my way through law school and then the fun really begins – the bar exam. The ultimate test.

How we see ourselves determines what we see as possible. I always saw myself as a lawyer. Even when I failed the bar the first time, and the second, and the third, and the fourth, and the fifth time.

But on the sixth time I passed.

You see that perseverance thing that coach noticed, when he highlighted it, it made it real to me in a way that no one else had.

I’ve relied on that comment from him for years to find motivation when I was frustrated and doubting myself. I figured that even if I could let myself off the hook, I couldn’t let coach down.

The way we think about ourselves, and the things we say to ourself in the deep, dark corners of our minds – those are the things that form us. We grow into what we believe.

Our beliefs are like a mold of our reality. They shape and guide our choices and our actions.

I believe that our lives, our self esteem, our self-image are grown in much the same way. The

words that we speak to ourselves are just like the clear mold. How we speak and think of ourself determines the limits we set for accomplishment.

When I passed the bar and realized the power of the one word coach used to describe me, perseverance, on my life, I became more careful of how I spoke and thought of myself. I recognized that the inner dialogue I was having was mostly negative, I decided to change that. It took a few weeks, but the more positive I thought of my self, the more I saw the traits I wished to develop, becoming real for me.

It helps to think of our brains, and our lives, as operating like a computer – it all depends on the programming. So ask yourself, “What are you using as your software to run your life?”

Do you wake up every day and run right to the news to hear the latest bad things that are happening in the world? Do you sit with friends and commiserate about your aches and pains and the losses of your life? Or do you wake up, read something inspirational, find some quiet place to recite to yourself the list of your greatest traits and goals. Do you find friends who have new and exciting news to share that is uplifting?

I’ve found that when I focus on the positive in my life, when I speak positively to myself, I am more productive, capable, enthusiastic and engaged. How about you?